This post was inspired by the pix2pix project (http://fotogenerator.npocloud.nl) which uses Generative adversarial networks (GANs) to color outlines of faces w/ quite hellish results. A tech blogger dubbed it “Nightmare Hellface Generator is Cutting-Edge Machine Learning” (https://motherboard.vice.com/en_us/article/nightmare-hellface-generator-is-cutting-edge-machine-learning) which I though was hilarious and thus in homage to that I named this.

I wanted to explore an introduction to Generative Models, so here is a famous example called Eigenfaces. This is a classic technique from computer vision and a first step towards understanding generative models. 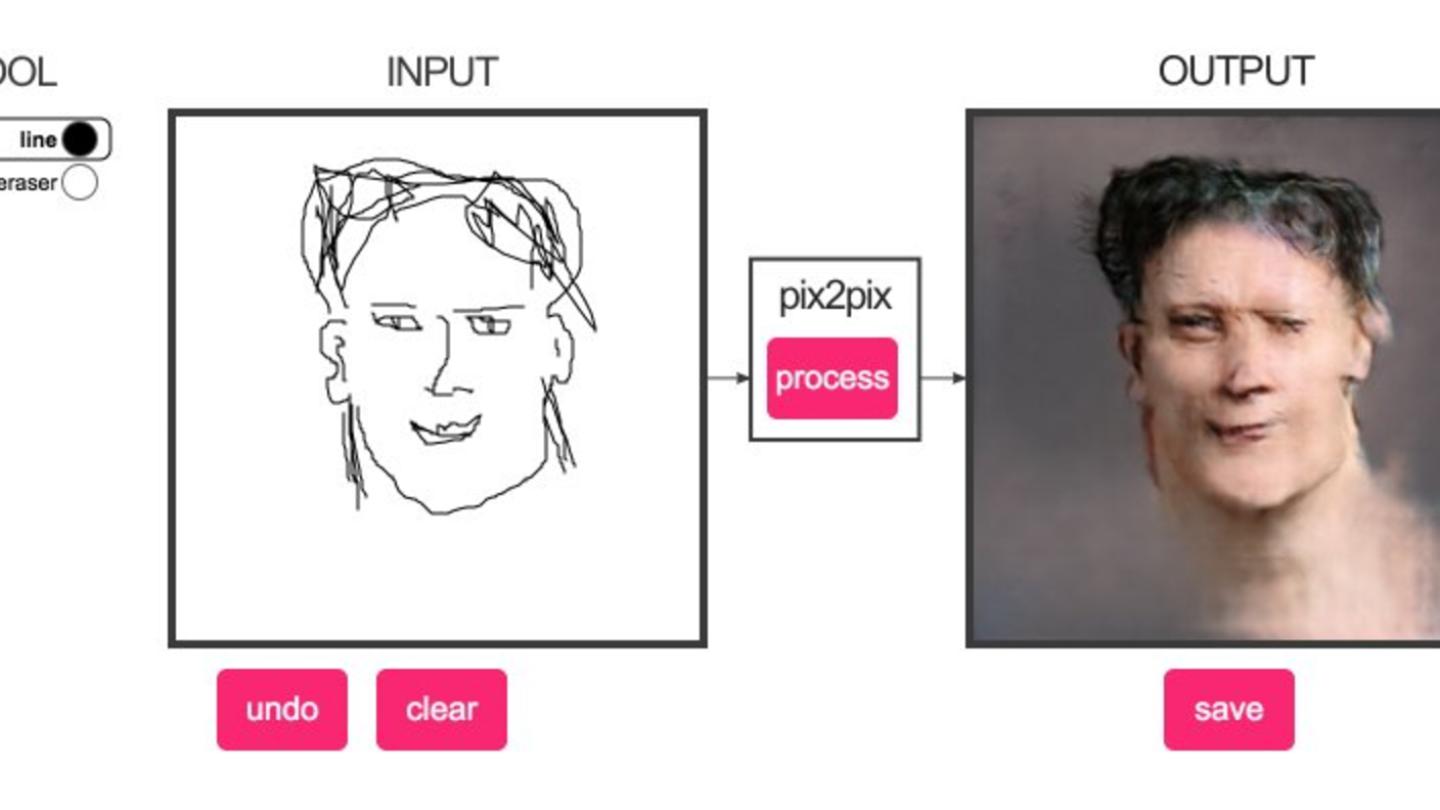 According to Yann LeCun, these networks could be the next big development. For example, let’s consider a trained CNN that works well on ImageNet data. Let’s take an example image and apply a perturbation, or a slight modification, so that the prediction error is maximized. Thus, the object category of the prediction changes, while the image itself looks the same when compared to the image without the perturbation. From the highest level, adversarial examples are basically the images that fool ConvNets. 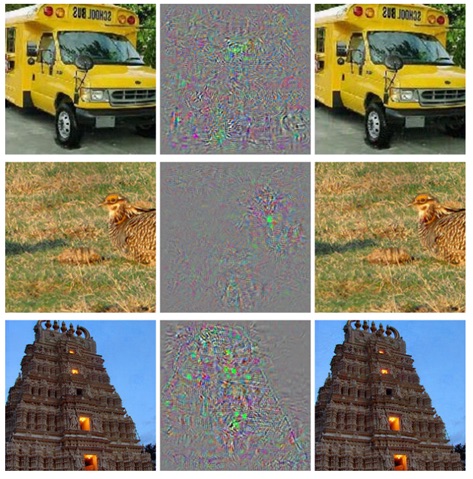 Adversarial examples (paper) definitely surprised a lot of researchers and quickly became a topic of interest. Now let’s talk about the generative adversarial networks. Let’s think of two models, a generative model and a discriminative model.

The discriminative model has the task of determining whether a given image looks natural (an image from the dataset) or looks like it has been artificially created. The task of the generator is to create natural looking images that are similar to the original data distribution. This can be thought of as a zero-sum or minimax two player game. The analogy used in the paper is that the generative model is like “a team of counterfeiters, trying to produce and use fake currency” while the discriminative model is like “the police, trying to detect the counterfeit currency”. The generator is trying to fool the discriminator while the discriminator is trying to not get fooled by the generator. As the models train through alternating optimization, both methods are improved until a point where the “counterfeits are indistinguishable from the genuine articles”.

According to Yann LeCun, “adversarial training is the coolest thing since sliced bread”. The pioneering work on GANs can be attributed to Ian Goodfellow in 2014.

The basic idea of these networks is that you have 2 models, a generative model and a discriminative model.

Sounds simple enough, but why do we care about these networks? As Yann LeCun stated in his Quora post, the discriminator now is aware of the “internal representation of the data” because it has been trained to understand the differences between real images from the dataset and artificially created ones. Thus, it can be used as a feature extractor that you can use in a CNN. Plus, you can just create really cool artificial images that look pretty natural to me (link).

What has essentially happened, is that we learned the base representation of the dataset in the matrix $U$ which are the principal component vectors. We have effectively introduced compression by only selecting 100 of the original 256.

We then used the base representation $U$ and the reduced dataset $X’$ to reconstruct X. As you can see there is some loss in quality.

You’ll remember, from the introduction to GANs above, we described a Generator, well here is an example of a simple generator that uses our principal components + random noise to create creepy synthetic faces!

However, what if we do the reconstruction w/ something else, other than $X^{‘}$? In theory, $U$ holds the principle components that make up a face. Let’s try a reconstruction w/ random numbers and see what happens:

These are completely synthetic faces generated from the base model for a face which is described in $U$.

Lets see how PCA generalized the faces of our dataset.

As you can see all of our images decompose down to the abstract figure of a white male w/ short dart hair wearing a suit. This is a product of imbalance in our original dataset.

As you can see PCA a good method for finding the salient features in high dimensional data. But as we shall see we can do much better for generative models by using nonlinear methods like variational auto-encoders or generative adversarial networks instead.